The number of operational steam locomotives in has recently reduced and it cannot be ruled out that steam in will go the same way as did. At present, only three locomotives are operational. On the narrow gauge locomotive 60976 (certificate expires in 2023) and on the standard gauge locomotives 03.12, very similar to a German “Einheitslok”, with a certificate until April 2023, as well as 16.27, a German class 42, certificate valid until September 2024. The 26.26, which is based on the Prussian G7.1 design, has been overhauled for several years and has already made its first attempts moving at the end of 2019. However, as the team overhauling these locomotives is very small, it is not yet available for line service . The phenomenal 2-12-4 no. 46.03 is also currently inoperable, but we are hoping to fire it up again on our trip. "Баба Меца" is what she is called in , "(Grand-) Mother Bear". 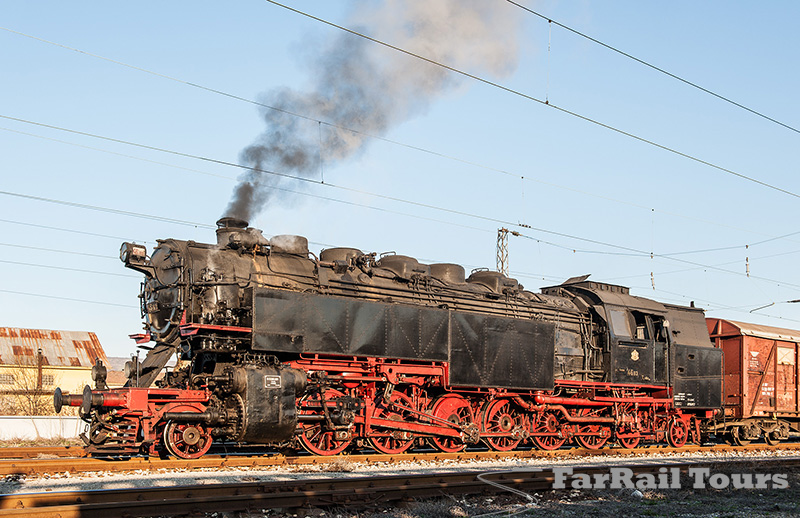 In any case, the number of locomotives that can be used is shrinking, and if there are not charter trains again soon, then those responsible in Sofia will probably simply let the certificates expire and abandon the possibilities of running steam specials. That is why the opportunity in October 2022 should not be missed.

The available wagons are also a problem, as usual. But we are working on it. We want to offer a passenger train with six green wagons. Three wagons from the Tsar train are available, the other three we will take from the 2047 series, of which the state railway has very few left in stock, and repaint them. The approval for repainting passenger coaches is still pending, but we have already re-painted one of them in 2017. Hence we assume that we will receive permission again in 2022.

All three of the selected lines go through hilly and mountainous areas. On the narrow gauge line you may also see snow-capped mountains in the background. 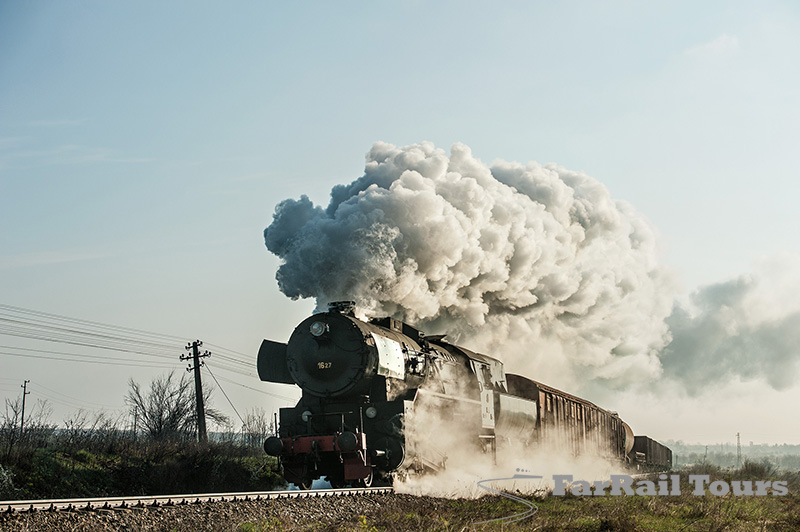 Almost everywhere we’ll find sections of the line massively overgrown with bushes, so a hand saw to clean up the photo spots is part of basic photo equipment.

This line is predestined for charter trains, which is why it was always popular during earlier events. On the one hand it leads through a beautiful landscape and perhaps more importantly the number of scheduled trains on it is quite sparse, so that there is enough time for photographs. Two stone arch viaducts and the area around the reservoir are the outstanding motifs of the line. Not only will we take pictures close to the track, but we have also planned an overview shot, which requires a bit of an uphill hike. But the view is fantastic and well worth the effort. In order to make better use of our time at the best photo opportunities, we will only cover the most photogenic part of the line. 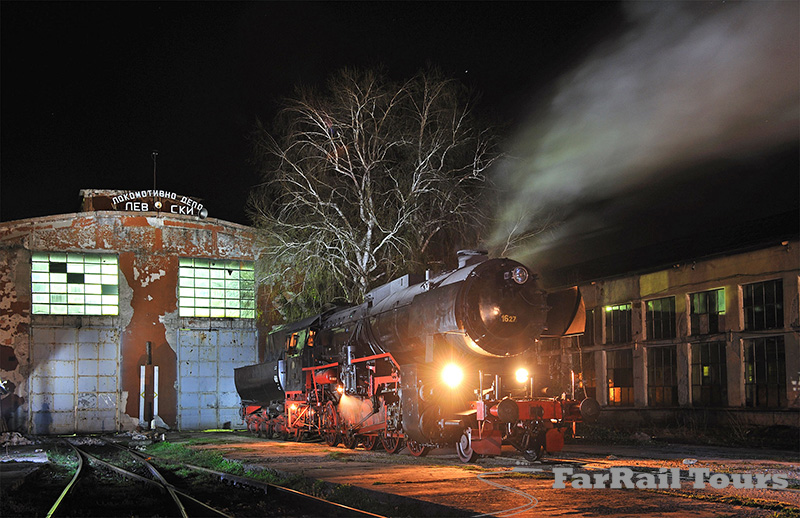 On this section we want to run a passenger train with the big 4-8-2 of the class 03. Old passenger coaches are scarce in , so we will repaint three wagons from the 2047 series from the 1970s. In addition, three wagons from the Tsar train are still operational, which means that our train will consist of six wagons. We have not considered using the still green-painted wagons from the former government train, because these wagons are special designs and look too modern.

South-eastern Europe once had extensive narrow gauge networks with a gauge of 760 mm. Almost all of it is history, except for the narrow-gauge railway from Septemvri to Dobrinishte, where you can still experience something like long-distance travel on the so called Bosnian gauge. The Rhodope Railway was only built between 1921 and 1945 and is operated by the state railway BDŽ. On the 125 km there are 38 tunnels, hairpin bends and gradients of up to 1 in 33 needed to overcome a difference in altitude of over 1,000 metres. Based on the Saxon VIIK, BMAG (formerly Schwartzkopff) developed a reinforced version with an extended axle base for the Rhodope Railway. Five of the ordered 15 locomotives were delivered to the BDŽ in 1941, which used them on its Septemvri – Dobriniste and Varvara – Pazardjik lines. Further deliveries were prevented by the war and so it was Fablok in Chrzanów (Krenau) in who supplied the remaining locomotives in 1949 and 1950. One of them, 60976, is in working order and will pull our train. 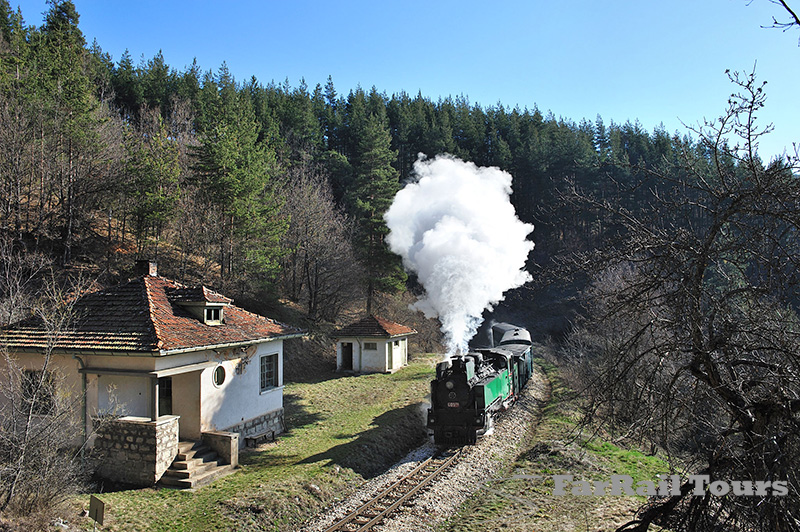 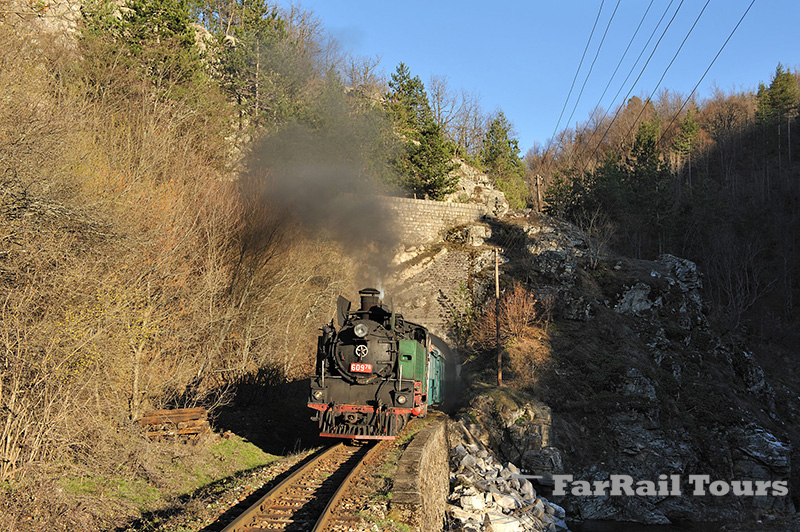 The railway offers numerous beautiful photo positions and semaphores. However, the road, which often runs parallel, has been renovated in some parts and fitted with crash barriers, which means that some locations are no longer interesting. The ascent to the highest station of the state railway, Avramovo at 1267 m above sea level needs several hairpin loops. Here we will have to use a diesel helper, but as the line runs through dense forest in this section anyway, we will not miss any photo opportunities.

Today, 1,300 hp diesel locomotives are in use on the line to haul the few passenger trains and it surprises that the BDŽ still keeps this line open. But for how long?

From Radomir to Zemen there is not much to photograph, but then the railway turns into a very photogenic gorge. Unfortunately, the vegetation problem here is not to be underestimated. In addition, many of the very good photo spots are relatively narrow, and our group will have to show patience. Beyond Kjustendil, the line climbs uphill with several S-curves where we hope to photograph the sunrise. Just before Gjushevo we will find some nice photo locations. 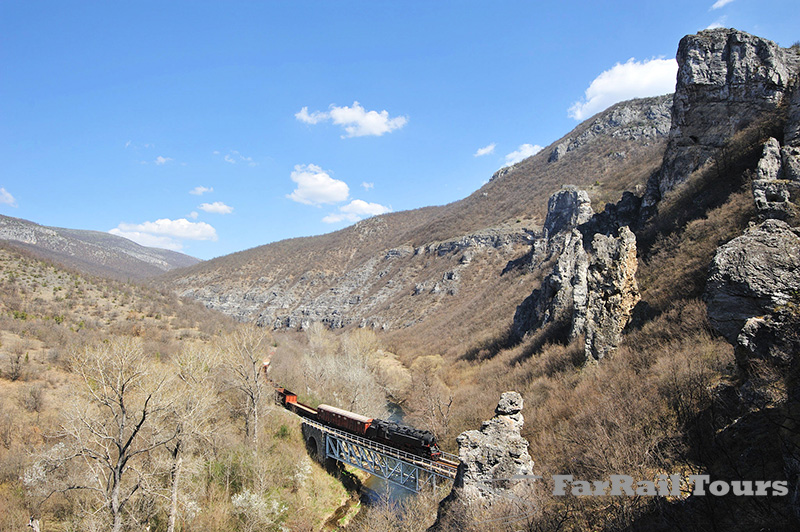 On this line, not far from its former main area of operation – Pernik, we use either the certainly serviceable 16 (= German Deutsche Reichsbahn class 42) or the marvellous 46.03. The 46 is a very successful two cylinder 4-12-2 tank loco built by Cegielski in (Poland; 203/1936). 12 examples of this series were built as two-cylinder locomotives by Cegielski, another eight as three-cylinder locomotives by BMAG (Schwartzkopff; 46.13 – 20, manufacturer nos. 11794 to 11801). These centipedes were highly impressive machines. We have requested 12 freight wagons. Unfortunately, the selection is not exactly exhilarating, but we have also requested the refurbishment of two-axle freight wagons. However, there is no news on that yet.

The Bulgarian State Railways are a difficult negotiating partner for special trains like the ones we want. They don't want such special trains, because with the constant restructuring, making mistakes could mean losing one's job. Only those who do nothing will not make mistakes. Responsibilities change every election anyway: why bother with something for which you will no longer be responsible in the foreseeable future? After the last election, most of the important jobs will see a new man or woman so the negotiations so far are with the old set of leaders. We hope that the compromises found so far will last beyond any changes at head office. 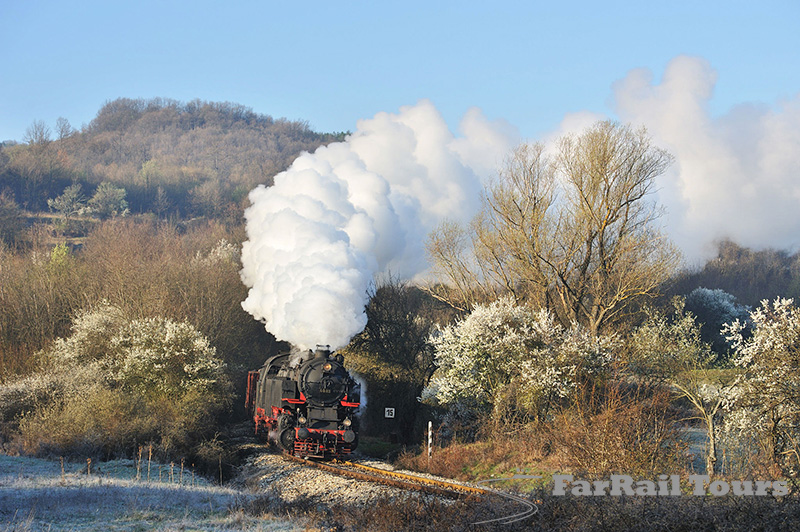 The railway lines in are often overgrown with bushes and undergrowth, making some possible photo positions impossible. In other places it is very difficult to position a larger group. In any case, it is helpful to have a folding saw at hand to make up for what the railway maintenance department has neglected to do. We are travelling in Autumn but there will still be quite a bit of scrub to clear.

At the time of our journey, the state railway has major track works planned on the main line, which may also have an impact on the branch lines. Delays can always occur and unexpectedly. 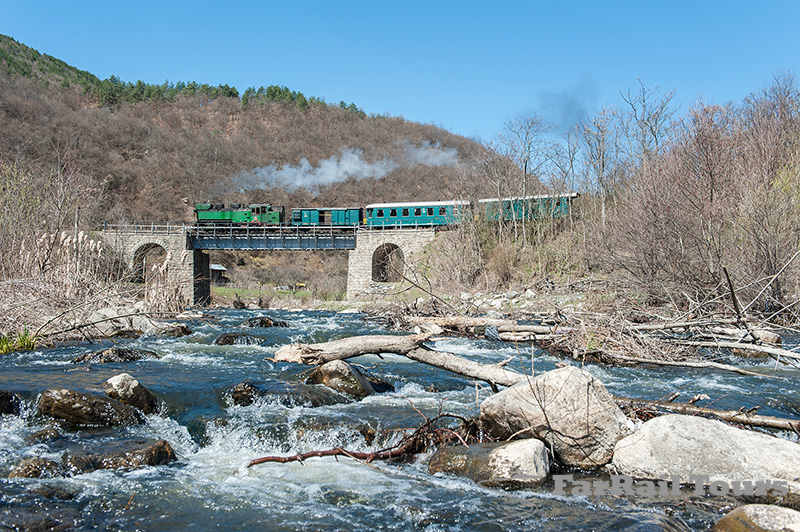 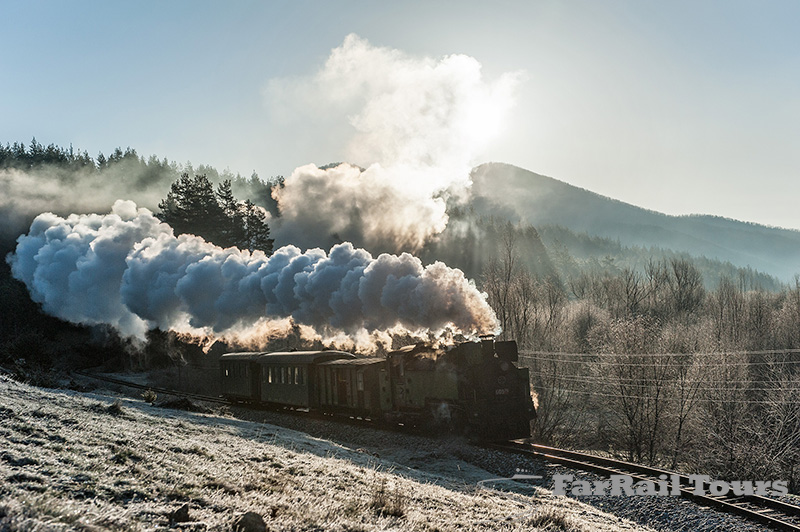 The steam locomotives have to be supplied with water in regular distances and this is a logistical challenge for the state railway. Our partner in will therefore organise the water supply for the locomotives on its own. We will NOT be carrying an extra water tank wagon directly behind the locomotive. The water supply will be provided by another train or by external sources so that our photo charter train looks authentic.

is a member of the EU and the Schengen area, so EU citizens only need an identity card to enter the country. The country is safe, but the usual rules should not be ignored.

By the way, in a shake of the head means "yes", while a nod of the head is to be interpreted as "no".

Meals will sometimes consist only of packaged food, because we want to make good use of the time available to us. Fixed meal times are not provided and under certain circumstances a meal may even be cancelled. 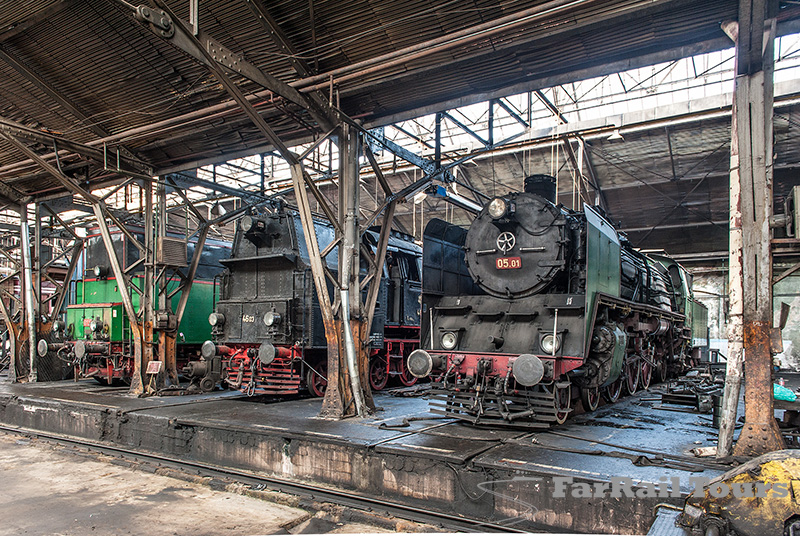 requires proof of foreign health insurance recognised by the country. What the corona protection rules will look like in autumn 2022, on the other hand, can’t be said at present. In any case, you can only take part in this trip if you are fully vaccinated. The organisational effort to take part in such a trip as a non-vaccinated person is not manageable. 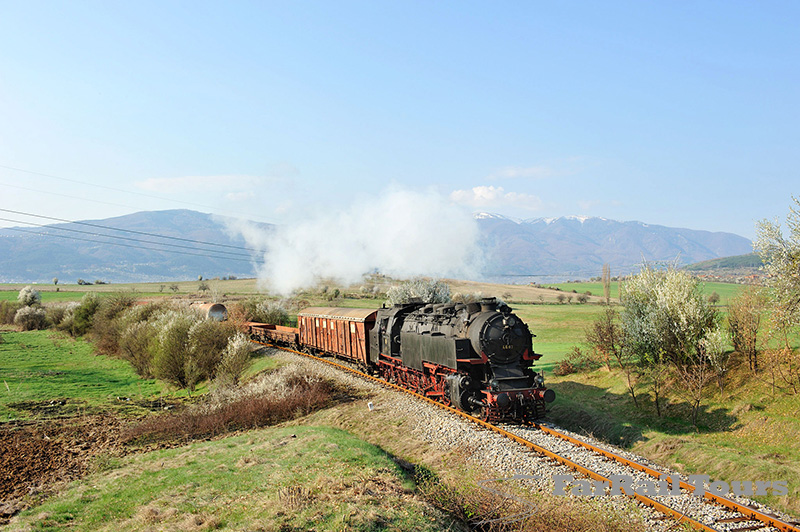 The three locomotives we plan to use on our trip are all one-offs. On the narrow gauge lines, if the locomotive fails, the program has to be cancelled but on the standard gauge lines we can probably replace a failed locomotive. If the trip has to be cancelled for any reason (even at short notice), only all monies paid can be refunded, and no further claims can be accepted. The availability of the 46.03 cannot yet be guaranteed. We are planning cautiously, i.e. with the 16.27, and then we will be happy if it becomes the 46.03 after all. Programme changes are possible at any time but with a little luck amazing photographs await us on these amazing lines.

We stay mainly in middle class hotels, to the local standards. Please note that the hotels, buses, trains, in fact everything we will encounter, do not meet Western European standards. That is why we are travelling there. We will be travelling to a country where environmental and safety concerns are not yet fully developed. As always we must point out the dangers that can arise on any railway and the importance of personal responsibility. Appropriate medical and accident insurance is recommended. Neither FarRail Tours, the local tour company nor the railways are liable for accidents of any kind, damage, losses, or any inconvenience resulting from delays, programme changes, cancellations, etc. 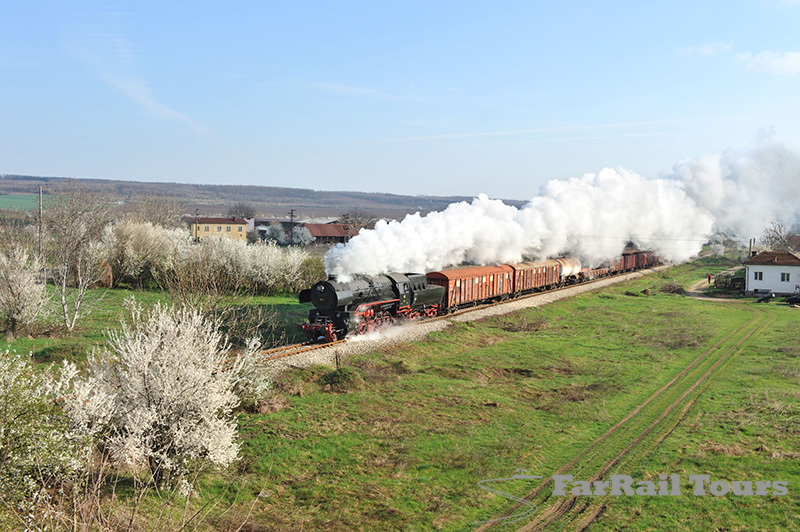 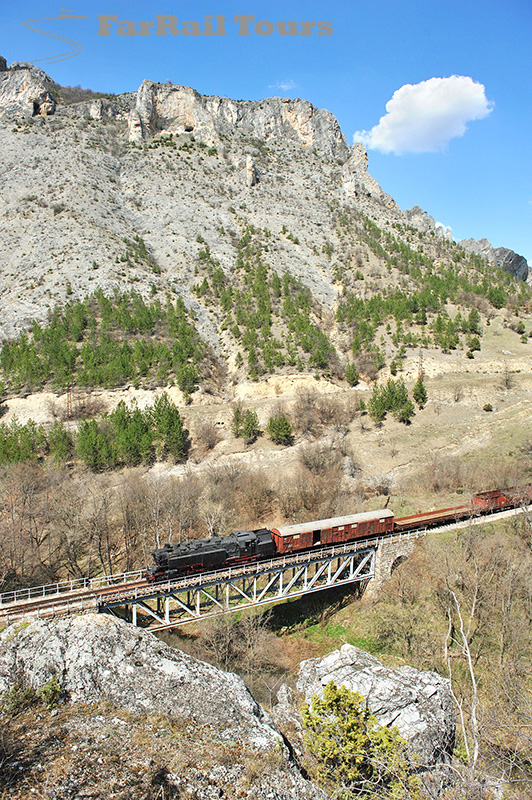 Pictures are taken on a FarRail Tours Journey in 2017.