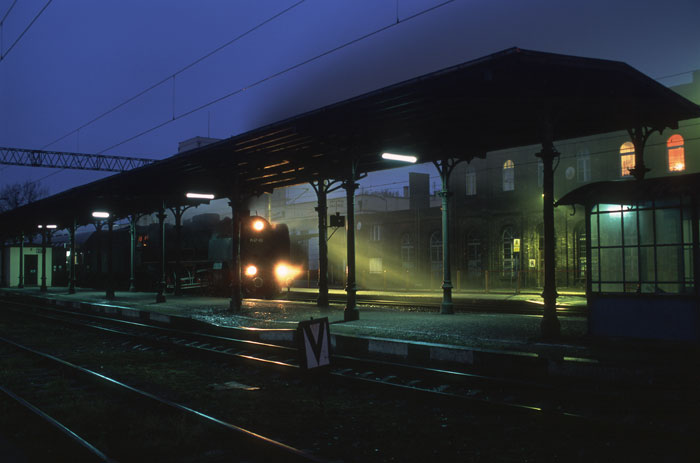 During the cold days of the year you can experience the full flair of steam locomotives in action. Steam exhaust marks the passage of a train long after it has gone away, burning fires warm the water cranes in the depot by night, the mixture of soft light and darkness in the dusk frame unusual photos, warm light through the windows of a station master's office welcomes you in from the cold ...

Wolsztyn (in German: Wollstein) is a small Polish town in the former Prussian province of Ostbrandenburg. It is located near Poznan (Posen) and is about 220 km east of Berlin. Many railway enthusiasts have heard of Wolsztyn and visit there regularly due to the daily use of steam locomotives on normal trains. Without doubt, the steam experience there is something very special, because this is the only area on any European state railway where you can find steam locomotives in everyday use!

The use of steam on selected normal services is seen as a service to enthusiasts and it helps the local economy.

The economic position of the railway is dire and it's amazing that anyone in such an organisation could contemplate operating regular trains with steam. Normally the railway would not provide such a service for enthusiasts. However, there are some steam lovers in railway headquarters who support the survival of Wolsztyn. Just how long this can last is unclear and so you should plan to visit here sooner rather than later. 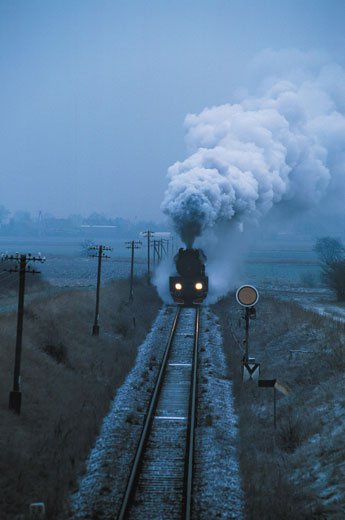 The countryside around Wolsztyn is varied; there are lakes, plains, low lying hills, small rivers and so on. The special charm of the area is the small towns and villages that are almost unchanged from the last century. It's still possible to find farmers with horse drawn vehicles coming from their own small fields.

The lines around Wolsztyn feature many interesting station buildings constructed in typical Prussian architectural styles. We will find traditional level crossings with small crossing keeper houses in half-timbered style. Some of them are still in use after more than 130 years! In addition, there are several other opportunities for the photographer: embankments, cuttings, curves, bridges (both, brick stone and iron ones) and several bridges over the railway track, mainly built in the 1930s and last, but not least, German-style semaphores signals.

The tramways in Poznan use many of the old-style German tramcars built in the 1960s. These trams were purchased second hand in the mid-1990s from several owners in Germany.

A classic Px48 0-8-0 will haul our narrow gauge steam charter in Gniezno. The train consists of three authentic wagons. The countryside is similar to Wolsztyn. After the line leave Gniezno in a large crescent it follows alongside the main road, passes a forest and continues though rural scenery of fields, villages and small forests. We'll stop for photos and runpasts several times.

The tour is designed for the demanding photographer and video filmmaker. To capture the full flair of the dusk, the mood of the train in the last light or during the night, you should take along high-speed film and a solid tripod.

Poland is a basically agricultural country of the European Union. Following a recession, the economy is now growing strongly. Nevertheless, you should be prepared to experience occasional shortages. The state of repair of many buildings does not match that in Germany, for example, and the condition of the roads leaves something to be desired. Traffic may follow different rules from those you are used to. The official language is Polish, and the younger population often has a decent command of English. Older citizens often speak some German.

Petty crime such as theft or pickpocketing is no worse than in other European countries. Nevertheless, you would be well advised to keep a close eye on your photo equipment and vehicle. Hence, it can sometimes be a bit of a challenge to find a car hire firm allowing travel into this part of Eastern Europe.

Please be considerate of others when taking pictures since all participants want to bring home high-quality shots. To make this tour successful for you, you need a tripod and a fast film. We will take many shots during difficult illumination, so please be prepared.

Please note that this trip is not arranged on a full-board basis. On a few occasions, depending on train movements, we may not have time for regular meal breaks. Hence we recommend that you bring some food along. All necessities are available at the NETTO market near the station, often at lower prices than at home.

Entry into Poland requires a valid passport. No visa is required. 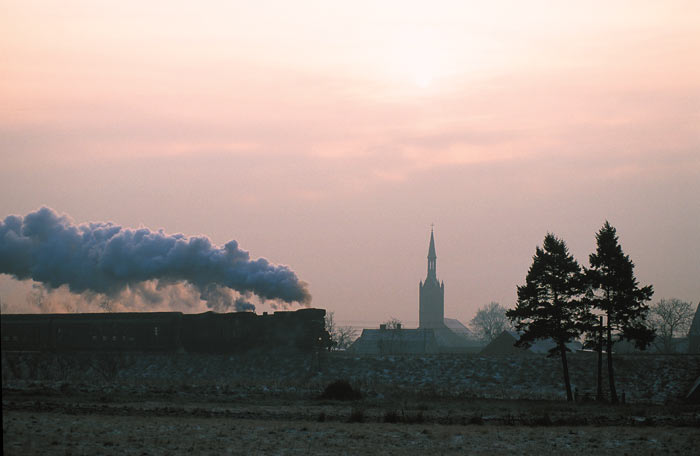 * The tour will be led by Bernd Seiler. In the last 12 years he has visited Wolsztyn more than 30 times and knows the railways and the local conditions well. 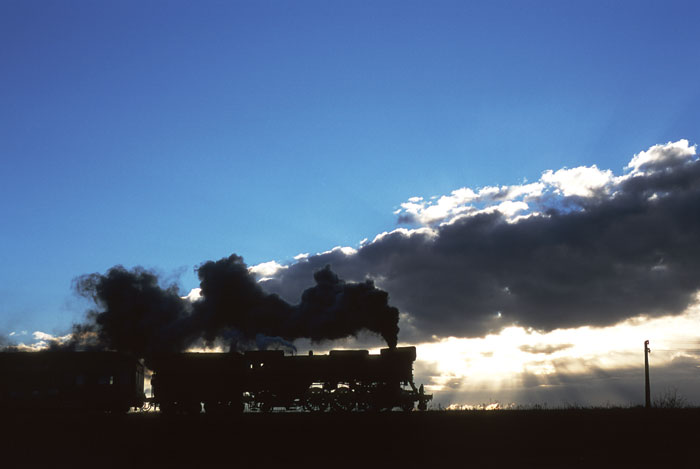